Prominent renegade Chicago street artist, Solve, was one of four homicides registered in Chicago this weekend, raising even more the already large number of violent crimes and shootings in the city this year.

Only twenty-five years old, Solve, A.K.A. Brendan Scanlon, was found with multiple stab wounds to the chest at 3032 W. Palmer Blvd. at 2:40 a.m.

The murder Of Brendan Scanlon delivers a overwhelmingly saddening blow to the art and graffiti community of Chicago. Solve was a major influence and participant in the emerging and struggling Chicago street art scene in a city with one of the strongest anti-graffiti laws and tactics in the United States.

This rise in violence in Chicago continues to grow.
Over the past few months, Chicago has seen an increase in gun violence. In the month of April 2008 alone, approximately 40 people were shot and 12 people died in Chicago. Most of the killings happened in just one weekend, where 36 people were shot and 9 were murdered. Most of the shootings were from stolen guns and assault weapons. The majority of the shooters were young men who were under 21 years of age.

Mayor Daley blames the availability of guns for contributing to the violence. Reports are that the police in the city will soon be armed with assault rifles, so that they can match the firepower of the street gangs.

Brandon will be surely missed and never forgotten for his dedication to his artwork and his unselfish acts of sharing them.
R.I.Power Brandon 'Solve' Scanlon. 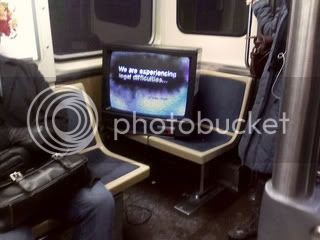 The banner at the top of the page seems pretty f'n inappropriate considering...

Thanks for pointing that out. Although It is true that we have to "Be Aware" of the violence that occurs in the street, We will take it down in respect for Solve.

Thanks you guys.
I know it was just coincidence and not at all deliberate. I appreciate UpSet bringing this tragedy to light and celebrating Brendan's life and work. Respect.

I DJed an art show for this guy a few months ago. It's awful how many people have been vicariously affected by this tragedy. Although I didn't know him well, no one deserves this kind of demise. I hope this is wake up call for all us young people who take unneeded risks. RIP

RIP SOLVE. His work will never be forgotten.

very very sad.
if you see 77crew, beat the fuck out of them, then call the cops.
Do Brenden some justice.

Yes, beat the fuck out of them. Fight violence with more violence. This will "solve" everything.

Oh my that is the worst tragedy I've heard within the past week! First my puppy passes, now things are getting way too outta control! If hes a street artist, where are the police?? Shouldnt they be on the street as well protecting the people on the street!!!

, raising even more the already large number of violent crimes and shootings in the city this year. vinyl banners Chicago