Time Flies By The RFW

Writing and Photography by Peter Puleo 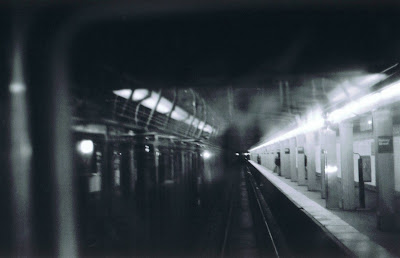 Chances are that if you grew up in New York City or Chicago, rapid transit was a major part of your life. Trains are also known as 'Subways’ in New York and 'Els' in Chicago. The names that all these train routes carried were essentially calling cards of where we came from and usually took us to where we hoped to be. For some they were only used for their sole original purpose, to commute to and from ones destination, but for others they were, and to a certain degree continue to be, an art space and canvas.

And for others they are the sanctuary of the public domain--where all is equal and no one is more the better or lesser. 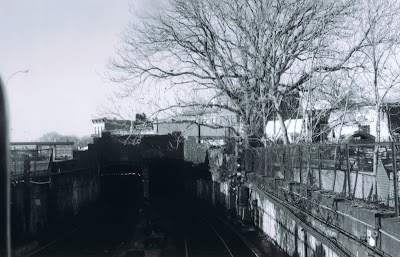 Growing up straight out of Brooklyn the subways were everything and more to a scrawny white kid in 1980s New York. My “home line” was the Canarsie (L) but in fact rode them all, especially with my dad. Once a week he had a day off and after school would map a new ride and go. One of the timeless thrills of riding the New York cars was that at the ends of each car was a storm door with a window in the first and last cars of each set that would overlook the tracks. 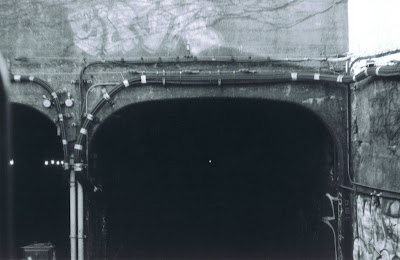 From the beginning of the system in 1904 until 1955 all trains had windows over the door that would open! For generations of New Yorkers, especially kids and the many kids at heart, would covet this prized spot especially the window at the head of the train, not only for cooling off during the summer, but for the show that unfolded before you from the tunnels to the Els. Under the East Side and out to Brooklyn, local and express.

To the rail fan, prime real estate is that 60ft or 75ft long subway car and the most coveted spot in the car is the lead car hooked up on a 8 or 10 car train to the penthouse view aka The RFW (Rail Fan Window). 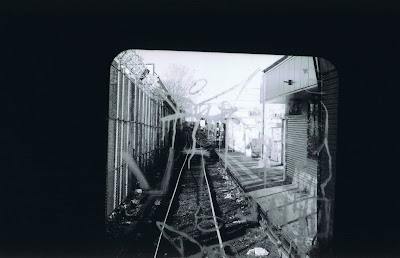 Even after 1955 although subway cars no longer were built with door windows that opened, you could still feel the gust of the tunnel winds come through the window pane with the scent of electricity from the third rail and usually mixing with the ethnic odors of the neighborhood you are cruising through. (New York is a city of odors both delicious and nauseating). Subway rail fan veteran and Brooklynite Stan Fischler has written numerous books and aired documentaries on the thrills of riding from the aforementioned to the unique sounds and jerky movements of trains.

Although modernized over time, New York’s trains maintained a general status-quo until recently. Trains that had full width cabs for the operator and conductor were introduced in the 1970s, but have not become dominant until recently. The underlying purpose of this is to essentially eliminate the conductor and have the operator control all aspects of the ride. 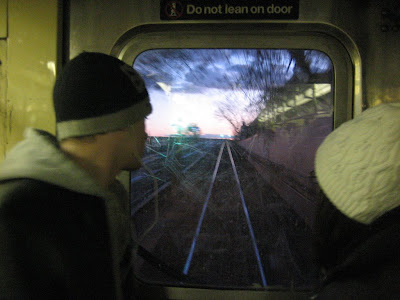 With less then 600 cars in service now from the older fleets their days are numbered. However even with the impending $2.25 fare and shoddy service it is still very much possible, at least now, to beckon back to New York’s golden age riding the rails from the RFW as the city's underworld unfolds in front of you passing blurred stations and colorful lights with twists and curves or from an elevated car rambling above a storied New York neighborhood as the sun sets behind rooftops, trees and water towers. No matter where you ride history is unfolding before your eyes, and even though times may change the spirit of simple things (even in a major and sometimes overwhelming city) the history should be cherished.

Something to ponder next time you watch the city unfold before your eyes and fade behind as you pass by.

Till next time,
Peter Puleo
Posted by UPSET MAG at 9:56 PM

Hey, I have a website and blog that shows my love for the railfan window.

nice piece peter.i grew up in sydney australia and when i was a kid, all the doors on the train were open manually - so you could ride with them open.these old trains were called "red rattlers" as they were rust coloured and noisy.
a.n.c.