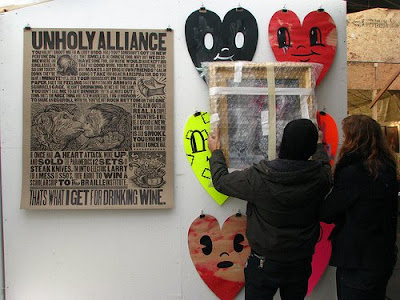 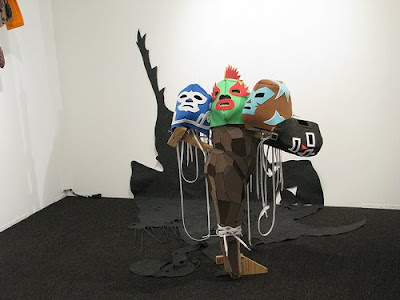 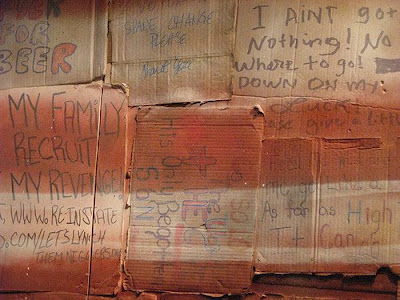 Are you ready to be arted out this weekend? The Armory Show, the annual international art fair that attracts hundreds of galleries, has descended onto New York City at a time when people's pocketbooks are tighter then ever. Are people buying art now? Yes, but mainly cheaper works in editions rather than orginals. The $50 and under booth at the show has been very busy. But no matter, Armory means after-show art parties, mingling with a few people who will actually spend $25,000 on a piece of art, and VIP VIPs.

Volta NY: a smaller, botique fair with a focus on the international modern art world orgazined by the people who bring you Art Basel.

Posted by Heather Schmidt at 12:54 PM