Tonight's the opening for Officially Unoffical.

From their site...
OFFICIALLY UNOFFICIAL is an exhibition of prints, posters, photographs, and videos that emerged in 2008 as icons of the art movement in support of Barack Obama for President. The exhibition will include official campaign materials as well as independent work by artists and designers from Chicago and across the country.

The show is being curated by Nathan Mason from the Chicago Department of Cultural Affairs, Scott Thomas, the former Design Director of Obama for America and Chicago artist Ray Noldan of CRO. 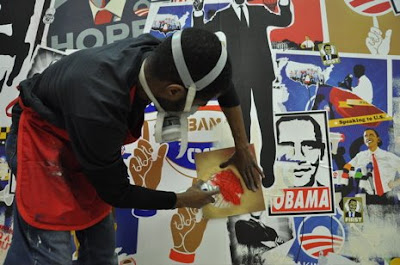