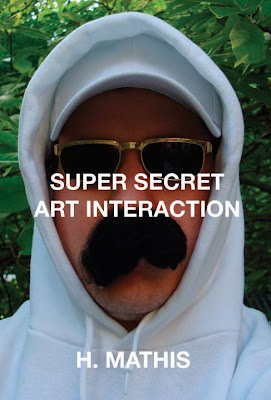 Shadowy Chicago artist H. Mathis recently unveiled Super Secret Art Interaction (S.S.A.I.). In 2007, he began placing ads on Craigslist inviting people to have a super secret meeting with him. Of those who accepted his offer, he asked them to describe themselves so that he could create a portrait of them. They were then to meet with him at a public location where he would wordlessly hand them their drawing, take their picture, and then part ways. He wore a disguise at each meeting.

It took him one year to get 19 people to secretly meet. Most of his meetings lasted just a few minutes. For one meeting, at Milwaukee and Ashland Ave, he was stopped by the police and questioned for 30 minutes over what he was doing and why he was wearing a fake mustache. One woman came all the way from St. Louis for her meeting. Each encounter was secretly taped and documented.

In January, H. Mathis held a secret art show, to which only the people who had met with him were invited to attend. Upon their arrival they found a display featuring pictures of each person and a copy of the drawings they had been given. 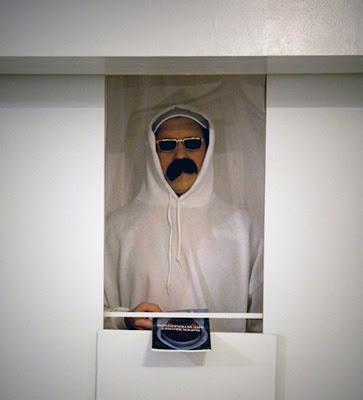 H. Mathis was present in a glass booth and presented each participant with a copy of a book documenting the S.S.A.I. project.

His SSAI book, and its companion DVD with the secretly filmed meetings, is available through Multi-Polar Projects. More information on the project is posted at ANTI©SUCCESS.

Posted by Heather Schmidt at 11:43 AM