Interview by Frank, Photos by Fotoflow

Our favorite Chicago DJ, Logan Bay, is moving away! Oh no! 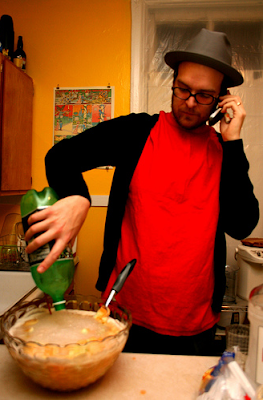 Don't worry, Logan's going to keep it up by toning up his CD-J skills over in Asia! We took a moment to reflect with him on his last four years of holding down the juke sessions and underground furry movement in Chicago. Be sure to check out his last official Gutter Butter show for a while at The Hideout this Saturday night!

Frank: How long have you been living in Chicago?
Logan: Right now its a few months short of ten years.

Are you going to miss it?
Hell yes! Though I grew up in Kansas City, Chicago definitely feels like my home.

What will you miss the most?
Harold's Chicken Shack (extra mild sauce, please), Jim’s Original (yes, with everything), Arturo’s 24-Hour Tacos, along with various other places that make you fat. I'll miss people too and the old school "can do" spirit that makes Chicago great.

What are your plans for the future?
My wife and I are going to Thailand for a while with some possible jumps around Asia. We plan to see that side of the world for as long as we can.

Thailand, wow! Have you been there before?
Nope, right now I don’t even know how to say anything in Thai, I’m gonna be a giant pale American alien in a new and strange land. But at this point in life, a healthy dose of culture shock is looking to be the best medicine.

How Did Gutter Butter First come about?
I was starting to DJ out more after the Bruner & Bay loft closed and really wanted to promote nights where the music would lean towards the booty and rap spectrum. It was an exciting time because the raise of Southern Rap had dropped the standard rap tempo so all these amazing songs where at half the speed of Juke and Detroit Electro Bass, making it easy to really jump all over the map. Through mutual friends I was introduced to Ben Fasman and he was hyped on playing these kinds of night too, and well, after that we just tried to keep the momentum going by promoting parties and making mix tapes. 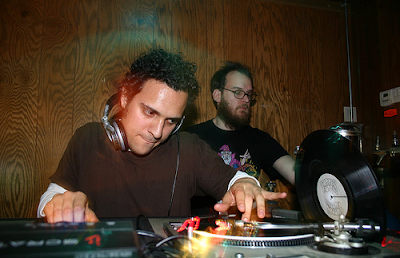 What is the story behind your Bootleg flyers? Where do your influences in drawing come from?
Cartoons, comics, old movie posters, and pinball/videogame art. I just always liked drawing these little jokes, making pictures and then putting snotty comments or accessories on the characters or in the backgrounds, basically cracking myself up. Each flyer was me taking movies and characters and ideas I love and remixing them. I’ve always felt like the flyers I draw are an extension of my DJing. My Google game is tight too, thanks to image search no one is safe from the bootleg treatment. I've also been lucky to work at two of the best bookshops in the Windy City, Prairie Avenue Bookshop and Quimby's, so I've always been around an amazing assortment of printed material to keep the creative juices flowing. 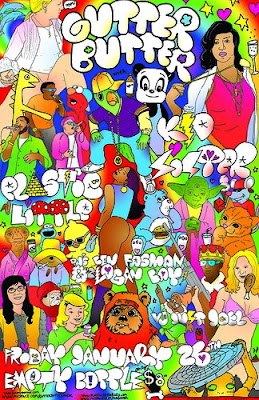 How long have you been working at Quimby's? Does working in a comic book store have any influence on you as a dj and Artist?
I’ve been at Quimby’s for the last five years now. It's definitely been interesting to be on the front lines of the culture wars, being able to watch trends and ideas swell in popularity and then fade into the background.

How did you get into DJing and playing the music that you play?
I was the nerd who’d bring CDs and tapes to all the parties in high school; then I'd commandeer the stereo and keep the vibes pumpin'. Finally when I was in college, I sold my bass guitar and bought my first real dj mixer and shitty turntables. From there I just collected records I liked and worked on patching all the different sounds together. I think moving to Chicago and diggin records on Maxwell Street really gave me my first proper music education. It was mind blowing to walk home on a Sunday morning $10 lighter but having like a Yaz 12", some random Dancemania 12's", an Ohio Players LP and some other random dusties under my arm. 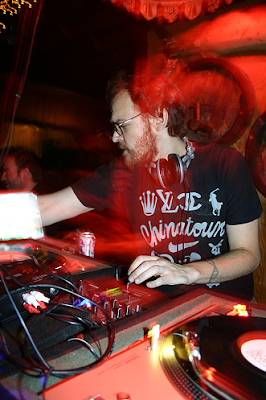 How was it djing in Chicago?
Chicago is a great town to DJ in. I honestly feel like the locals here love to get drunk and dance and have a good time. Sure there are some lame crowds, but for the most part you throw a tight party and people here will get down! 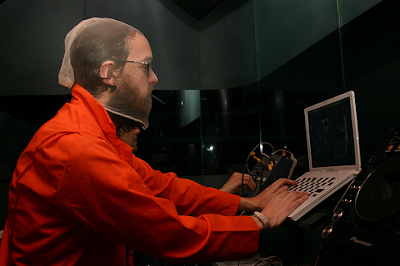 How do you compare playing in Chicago to playing elsewhere?
Playing other places has been okay, but I honestly feel like Chicago goes off. I mean, when I've taken the show on the road its always the Chicago or Ex-Chicago people at the party that will be the biggest lunatics in the room, while the coastal people work hard at acting bored?!?

What's the weirdest thing you have had someone request you to play?
There are quite a few I could mention. First lets start with some famous last words, everybody and their mom comes up to you when you DJ and it always goes like this, "Wow, you are an amazing DJ...but could you possibly play 'blank'." That tactic doesn't work people. I once had a girl request music by Lindsey Lohan? That's probably the worst, but not necessarily the weirdest. At Rodan's once, this lady came up and was all like, "Can you like play some Bowie but then mix in some Madonna and maybe a hint of Spoon?" That was kinda strange? Also this complete lunatic once requested, "Can you play something better like the Killers or the Yeah Yeah Yeahs?" Mind you, we were playing a James Brown song when he asked this.

What is the weirdest thing you have played that went over really well?
The theme from "Duck Tails." People went nuts!

How much rumpshaking per se would you say goes on at your events?
As much as possible, I've seen my fair share of dry humping, turtle spin moves on sloppy wet bar floors, and the occasional dancing on the bar à la Coyote Ugly!

Are you taking a break from DJing?
I’m hoping to DJ while in Asia, though I hear they aren't down with rap music and turntables aren’t that common.so I gotta up my level on CD-Js.

How has your dj night in Chicago changed and developed over the past 4 years?
Its been a learning curve. I now basically hold down a weekly and then do bigger more fun parties once every 2-3 months. Working a weekly can get tedious, but that much time working with crowds and live on a loud PA really has helped my craft. I've also sold my soul and been using Serato for the past two years which has givin me access to a whole bunch of music I would otherwise been unable to play if I only used real records. It has also really freed me up to be creative with my DJ sets in ways I would have never imagined before.

How are you planning on going out for your last show this Saturday? What will you be wearing?
I think we are gonna take it back to the roots of Gutter Butter and play some really loud rap, Miami bass and booty. Hit the eagle and airhorn samples a few too many times and drink lots of whiskey. I'm not sure what I'll be wearing, that is a kinda creepy question, I'll probably be in my normal uniform which is a t-shirt (most likely by Freegums or Struggle Inc), standard dark brown khaki slacks from Target with a pair of salt damaged Campers on. No ballers here!

Logan on Behalf of all of your Juke feens and Chicago fam let us at The Upset say we will all miss you and wish you good luck out there! 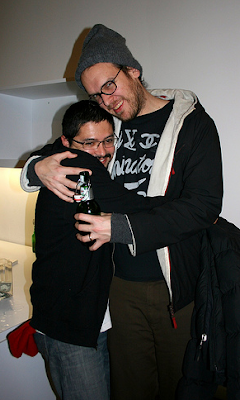 To Check out more awesome pics of Logan and his cohorts click here!

And be sure to check out Gutter Butter's final show before Logan takes off at The Hideout! Don't Miss this one! 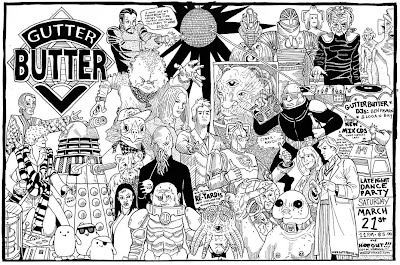