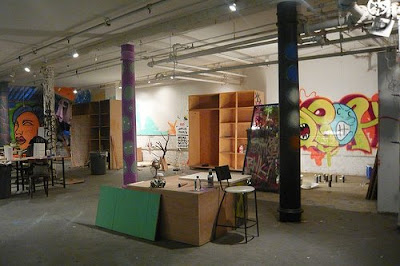 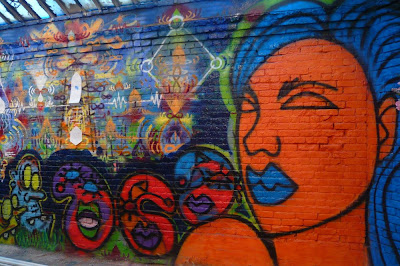 There’s already a huge buzz in the New York street art community about 112 Greene Street. An energetic array of images, some subversive, some bubbly, fill the walls and ceiling of the lower level echoing the street art found outside on the streets of SoHo. Royce’s iconic monsters are scattered on the walls, cute mounds of purple with round eyes, but razor sharp teeth. Wheat pastes from Cake and tags from New York City’s Smart Crew are found throughout; even Stickman makes an appearance. 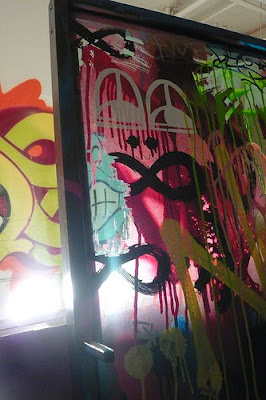 Royce Bannon is in the middle of the chaos, patiently overseeing the work of nearly forty street artists with the help of long-time friend and fellow artist Ian Farrell. Set to open later this month, their show is entitled “Work To Do” and hopes to explore how each of us can rise to meet President Obama’s call that we all have a hand in making change.

112 Greene was an artist work space in the 60s and 70s, placing it subtly in New York’s romantic arts past. It’s proximity to the Mac store and the well-lit shops selling luxury soap puts it literally underneath the center of SoHo consumption. It’s 2009, and this new crop of artists is comfortable connecting with each other on the internet and openly accepts the web as a self-promotional tool. Martha Cooper did us a huge favor,” says Bannon, referring to the photojournalist’s recent blog post about the show on a popular street art website 12ozprophet.com.

Several other bloggers and photo bloggers have already visited the space, taken pictures, and uploaded them for the world to see. “Once we opened up the space and started painting, people saw pictures online and started contacting me wanting to get in,” says Royce. The roster of street artists for the show quickly grew into a list of almost forty, and now the space is a wanderlust of work from the likes of The Endless Love Crew, Skewville, NohJColey, Matt Siren and Overconsume. 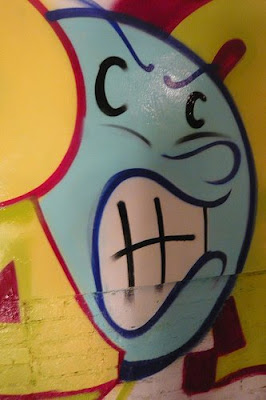 On top of all that, Afrika Bambaataa is set to play during the opening, reuniting with Soulsonic Force. Royce admits, “It’s been a little overwhelming.” Thankfully, most of the work is already done.


“Work To Do” @ The Combine
112 Greene Street (near Prince), NYC
Opening Night: Thursday, March 26th 2009, 6-10 PM
Show on view thru May
Afrika Bambaataa and Soulsonic Force reunite to play the opening

Posted by Heather Schmidt at 3:46 PM