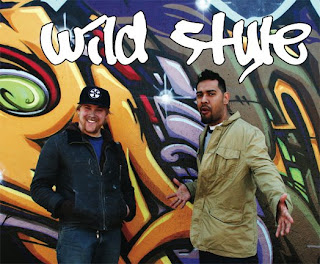 While making rounds last week I bumped into TSEL ASC WRS, at The Aerosol walls. Someone writing an article on Chicago graffiti stopped by to get our two cents. Wednesday the article was published and distributed thru a Hyde Park neighborhood newspaper Chicago Weekly and made live on their website www.chicagoweekly.net. They misquoted so much and banged out a dysfunctional article with no opinion nor direction.

Several mistakes that should be addressed:
• “Veterans of the Chicago Graffiti scene” Tsel for sure has put in the work and was/is an innovator he very much a veteran and still a soldier. I on the other hand don’t fall into that category/ranking, I’m much more on the sidelines.

• Started in '94, well that's kinda taken out of context. I grew up in a NW suburb of Chicago and started painting suburbs in 1994. Not trying to front. Oh the pictures from then are so funny. RIP my guy Tunes, hello to my guy H-cap and Inek. Hahaha.

• Much respect to all-city legend “Hate,” but what Tsel had said was it was “Nick Salsa” that came to Chicago from New York.

• What I had said about the majority of other cities was, that the mentality is to do work and have it stay up. Chicago writers are faced with the world’s strongest buff and the longevity be it 2 hours… 5 days… or 2 months is much less a drive than the fact that it was done.

Much respect to all my friends.